Yes it is Tuesday again time for us to tell you a little bit about some new books that have came out or is coming out. 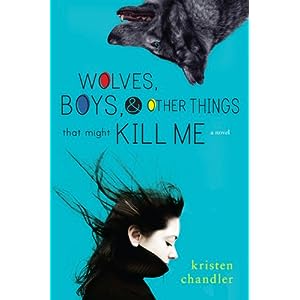 Wolves, Boys and Other Things That Kill Me by Kristen Chandler

KJ Carson lives an outdoor lover’s dream. The only daughter of a fishing and wildlife guide, KJ can hold her own on the water or in the mountains near her hometown outside Yellowstone National Park. But when she meets the shaggy-haired, intensely appealing Virgil, KJ loses all self-possession. And she’s not sure if it’s a good thing or a bad thing that they’re assigned to work together on a school newspaper article about the famous wolves of Yellowstone. As KJ spends time with Virgil, she also spends more time getting to know a part of her world that she always took for granted . . . and she begins to see herself and her town in a whole new light.

This book was released on the 13th of May. 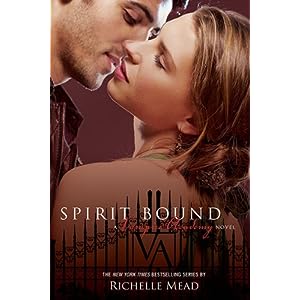 The fifth book, Spirit Bound, of the Vampire Academy Series was released on May 18th.

Dimitri gave Rose the ultimate choice. But she chose wrong…

After a long and heartbreaking journey to Dimitri’s birthplace in Siberia, Rose Hathaway has finally returned to St. Vladimir’s-and to her best friend, Lissa. It is nearly graduation, and the girls can’t wait for their real lives beyond the Academy’s iron gates to begin. But Rose’s heart still aches for Dimitri, and she knows he’s out there, somewhere.

She failed to kill him when she had the chance. And now her worst fears are about to come true. Dimitri has tasted her blood, and now he is hunting her. And this time he won’t rest until Rose joins him… forever.

Infinity: Chronicles of Nick by Sherrilyn Kenyon is being released today.

At fourteen, Nick Gautier thinks he knows everything about the world around him. Streetwise, tough and savvy, his quick sarcasm is the stuff of legends. . .until the night when his best friends try to kill him. Saved by a mysterious warrior who has more fighting skills than Chuck Norris, Nick is sucked into the realm of the Dark-Hunters: immortal vampire slayers who risk everything to save humanity.

Nick quickly learns that the human world is only a veil for a much larger and more dangerous one: a world where the captain of the football team is a werewolf and the girl he has a crush on goes out at night to stake the undead.

But before he can even learn the rules of this new world, his fellow students are turning into flesh eating zombies. And he’s next on the menu.

As if starting high school isn’t hard enough. . .now Nick has to hide his new friends from his mom, his chainsaw from the principal, and keep the zombies and the demon Simi from eating his brains, all without getting grounded or suspended. How in the world is he supposed to do that?

So Loungers, go find a new book for summer reading.  The YA Genre is exploding.